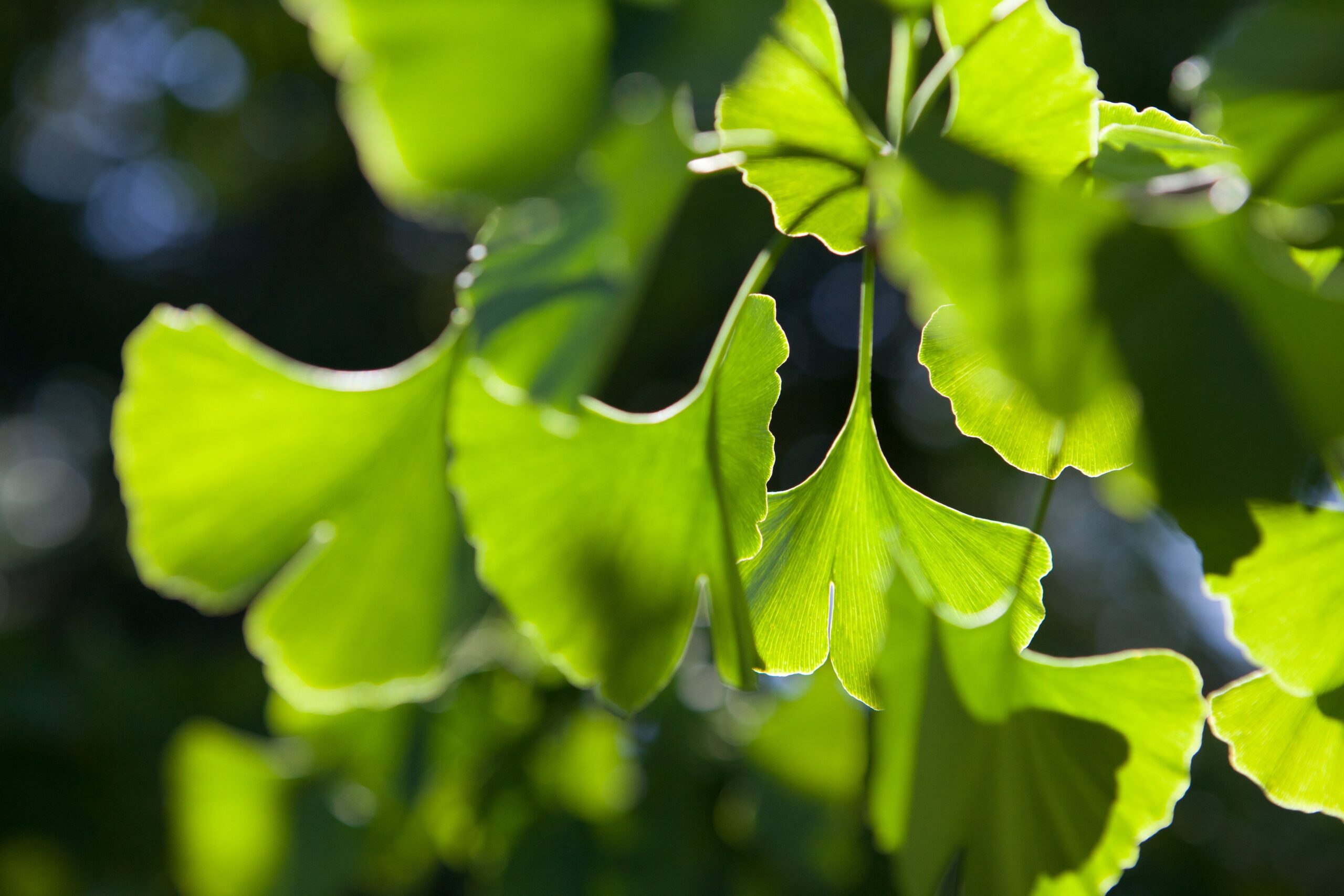 The ginkgo tree has survived in China for almost 2 million years; the fruits and seeds have been used there since 2800 B.C. Only recently, however, has the West gotten in touch with ginkgo biloba’s helpful properties in improving blood circulation and mental performance.

The benefits of the Gingko are centred on the leaves, it has beneficial effects on the cerebral and peripheral circulation, memory retention and boosts neurotransmission, enhancing mental performance particularly among the elderly. Studies have shown it can help in treatment of their short-term memory loss, headache, tinnitus (ringing in the ears) and depression by improving blood flow in the arteries and capillaries.

The key to ginkgo’s sharpening success seems to relate partially to the activity in the flavonoid contents of quercetin, proanthocyanidins, isorhamnetin and luteolin, in addition to the natural phytochemicals such as turpenes ginkgolide and bilobalide.

Standardized ginkgo formulas contain 24% flavonoids, and the substance, along with the other main component of ginkgo, Terpene Lactones, are found in the leaves of the Gingko Extract, these phytochemicals seem to keep red blood cells and platelets from forming clots. Health benefits derived from this unique extract formulation not just to boost mental function, but also increase blood circulation. The ginkgo flavonoids are credited with slowing of the aging process due to their antioxidant properties, known to disarm tissue-damaging free radicals in the body.

Gingko Biloba is now among the most recognized, respected and recommended botanicals throughout Europe and the USA.

Apart from being useful in treating neurological disorders, the researchers believe the instant hit may help students to improve exam performance, and businessmen clinch a crucial deal.

Important Note : Consult your doctor before taking it if you’re already taking an anticoagulant, such as aspirin or a prescription medication like Coumadin. Claims contained in the selected pieces of the third party literature appearing above have not been assessed by the Food and Drug Administration.

Back
Share:
Back to top
Welcome
Organic products
Advertising is the way great brands get to be great brands prospectum sociis natoque.